I have been working on a new project for the past couple of months and I will hopefully have some final shoots for it pretty soon! I am focusing on the idea of capturing action and juxtaposing it using a long exposure. I am then using a combination of flash techniques to stop the action. This is just a little teaser of what I have done already, more to come soon! 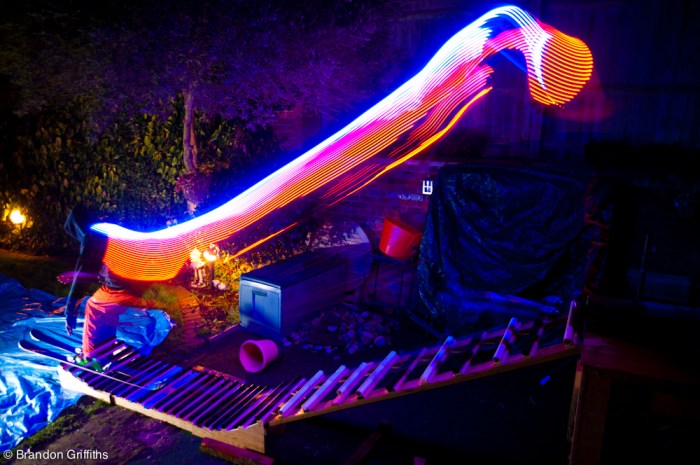 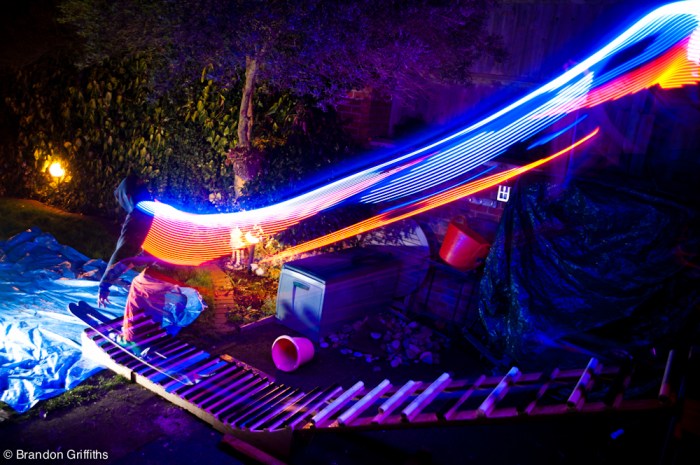 To take these photographs I set the camera to shoot with rear curtain synchronization. This way the flash would only go off just before the shutter closed. I shot with a long exposure to get these nice long light trails created by the LED’s that my brother was wearing. I positioned the flash so that it was just out of the frame and so it could stop the action at the end of the drop in.

I would also like to just say how amazing Chad was in constructing this entire drop in with a tiny jump to a rail feature (not photographed). It was all built out of wood and PVC so that we did not need any snow! It was an awesome set up and now that it is snowing in the UK we can use it as an actual drop in with snow.