So as I said earlier I went up to Castleford over the weekend to do an interview with Gulli and Ethan. This was for Whitelines to cover the TSA Big Bang. However because Ethan came second in the rail jam the day before he went out and partied too much so missed his flight to the UK! Despite this it was such a sick day riding with Gulli and then doing the interview after. I was also lucky enough to meet Aimee Fuller who was also up at Castleford doing a roxy girls snowboard coaching session.
So now I am just uploading the footage that was shot and I am preparing myself for a long time editing to make this edit as good as it can be! And I look forward to having the opportunity to work with Gulli and the Bataleon guys again! 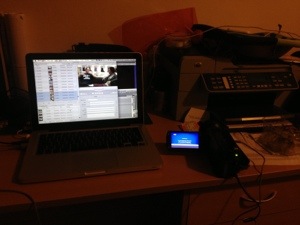